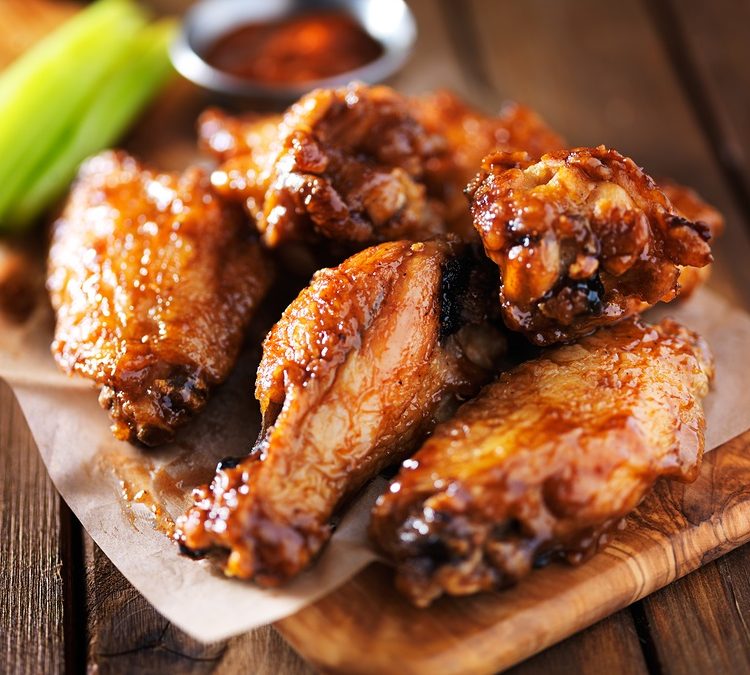 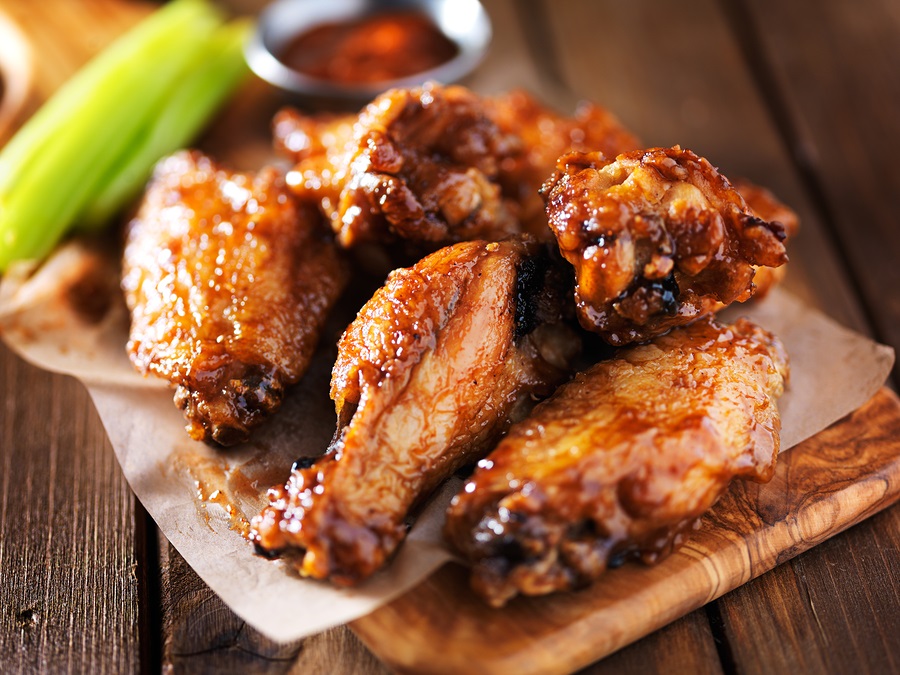 It’s Sunday evening and there are some friends over for the Patriots game – not just any Pats game, but the 2017 AFC Championship Game!  It’s actually been pretty exciting so far from what I’ve seen. Not that I’m any kind of football expert… believe it or not, I just learned yesterday what “special teams” are, and I have only known since last week that the NFL is broken down into the “NFC” and “AFC”! *Blush*

Regardless of how much I clearly know about football, being born and raised in Massachusetts, I still consider myself a bandwagon Pats fan. 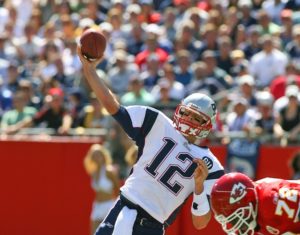 [February 8, 2021 update:  I realize Tom Brady is no longer on the Patriots team at this time… but I’m still in his corner cheering him on!  He just won the 2021 Superbowl yesterday and I realized it was probably time to update this recipe post. 🙂 ]

Aside from admiring Tom Brady, the best way to celebrate football is with delicious food!

Every year, my mom makes delicious marinated teriyaki chicken wings for the super bowl.  Those wings are SO tasty! Something to look forward to during football season (since believe it or not… I’m actually not a football fan!).

A few ingredient swaps I use in this recipe:

Coconut aminos instead of soy sauce

This recipe is very similar to the one my mom uses, but instead of soy sauce (since I’ve got a soy allergy, and am not a huge fan of soy in general for various reasons related to hormone health), I’ve discovered this amazing soy sauce alternative called “coconut aminos”.

Coconut aminos are a savory fermented sauce made from the sap of coconuts… I promise this stuff tastes better than it sounds!  The perks of using coconut aminos regularly is they’re significantly lower in sodium compared to soy sauce, and also soy-free and wheat/gluten free for people with sensitivities.

What this translates to:

(For the record you can totally stick with soy sauce if you’ve got no underlying health issues and you’re just looking for an easy, delicious Sunday football recipe!  But since I help people improve things like food sensitivities, allergies, digestive distress and hormonal imbalance, I can’t not talk about coconut aminos.)

This is another optional swap, but one that I opt to use in this recipe for a few reasons!

Long story short… these chicken wings are healthy, delicious, simple, easy to make, and a perfect addition to your Sunday Football festivities!

Keyword chicken wings, sunday football recipe
Tried this recipe?Let us know how it was! 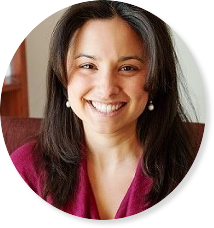 Hey there! I’m Jenna. I’m a registered dietitian/nutritionist, and I started this blog so I can share my passion and show you how you can bridge the gaps between healthy and delicious food.